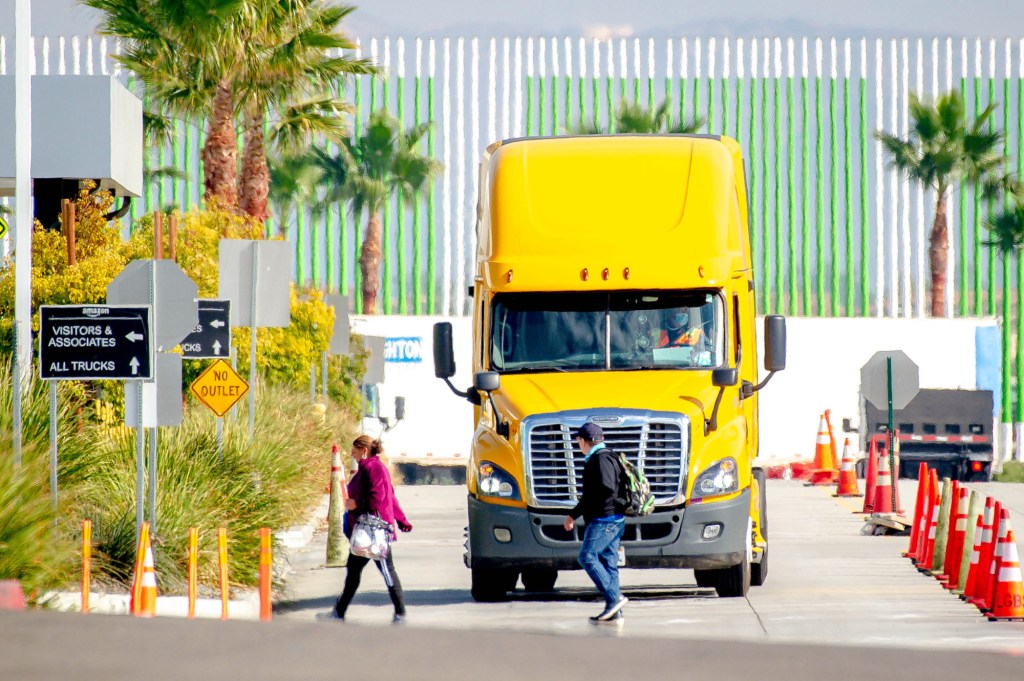 Like many cities in the Inland Empire, Upland continues to question how to limit the effects of trucks, noise and air pollution on nearby residents from logistics warehouses.

A most recent attempt – a sweeping zone change that would have banned larger warehouses in some areas near residential properties and required conditional use permits (CUPs) on others – was strongly rejected by the city council last week.

After putting forward a set of warehouse-specific restrictions on January 25, city council abandoned the plan on July 12, in agreement with the Planning Commission, which called the set of new zoning regulations ” exaggerated, “” not business-friendly “and” “A bad idea.”

Although agreeing with the Planning Commission, the city council said it still wanted to find ways to move the trucks serving warehouses away from residential streets and address the concerns of residents of the southwestern part. of the city regarding too many trucks spewing out diesel pollution, making too much noise and causing a safety hazard. As a side motion, council asked staff to explore less drastic ways to surgically examine the problem on a project-by-project basis.

â€œI always heard ‘not business friendly’, but can the city be resident friendly? Because (the warehouses) will affect all residents and there are many more residents than businesses in the city, â€said Bob Wagoner, a Upland resident who spoke at the council meeting. July 12.

What killed off the original council proposal was the revelation that a zoning amendment banning large warehouses in certain areas and requiring UPCs based on size would not only affect future warehouses, but would have a knock-on effect. training on existing warehouses and their operating activities.

The proposed area code changes put around 10 existing warehouses in limbo of â€œunconfirmed legal usesâ€. This would have serious consequences, ranging from preventing additions and improvements to canceling future loans or refinancing.

Craig Scheu, a Upland resident who said he was speaking on behalf of his family, said the changes would have unintended consequences for small entrepreneurs running start-ups in multiple existing warehouses, possibly pushing them to bankruptcy.

â€œThe result will be abandoned properties,â€ he said. “The impact will be on hundreds of small entrepreneurs who will be forced out of town.”

“I’m a little shocked and dismayed that this has been proposed,” Peter Mann, owner of Mountain View Industrial Park, told council. â€œIt is such a poorly written law. Many incubator spaces here at Upland would be significantly affected.

In other cases, warehouse projects would meet specific requirements through individual user permits.

The effects on existing warehouses – some operating for more than 20 years without complaints from residents – were not intended by city council. â€œThis article was not intended to be comprehensive or offensive to our business community,â€ City Councilor Shannan Maust said.

City Councilor Janice Elliott said when council initially proposed changing the area, it believed existing buildings and businesses would be grandfathered. This was not the case.

Mayor Bill Velto said he received more than 30 phone calls from people opposed to the changes.

Elliott urged further consideration of the matter. In particular, she asked whether planning staff should incorporate usable and non-usable truck routes into a project and ban trucks overnight as project-specific UPCs instead of drastic zone changes, how would they be applied?

Robert Dalquest, director of development services, said those restrictions should be written into the project before approval. “We would call the code enforcement and ask them to visit us,” he replied.