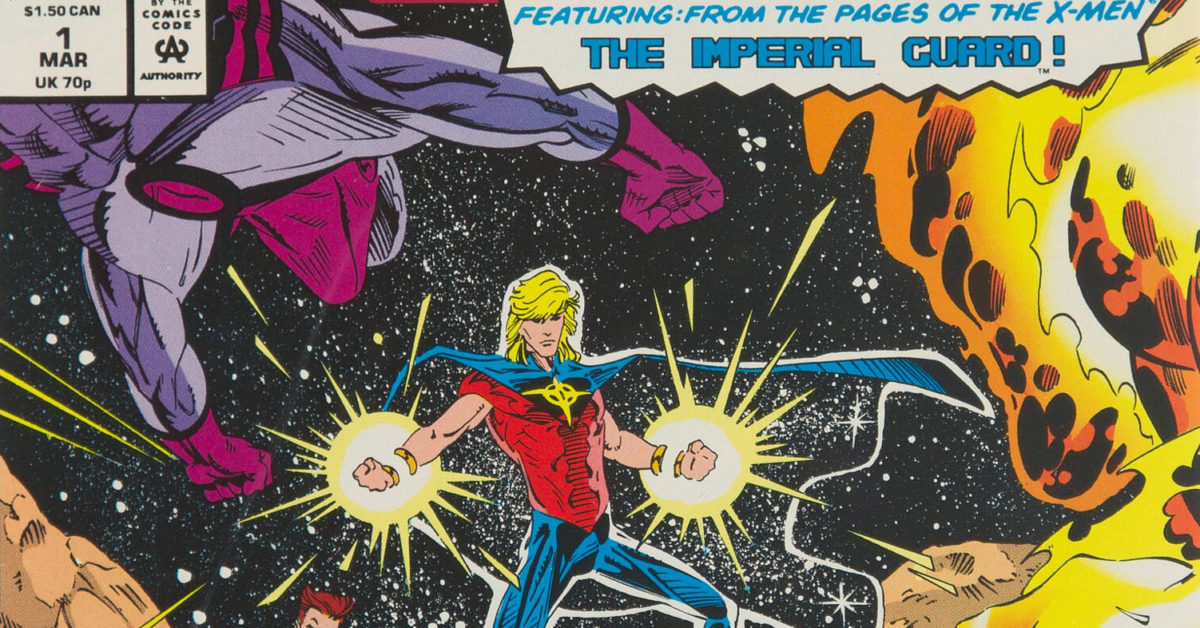 The mystery of the Quasar printing error # 32, up for auction

The Wendell Vaughn version of Quasar first appeared in Captain America # 217 (cover dated January 1978). Called Marvel Boy in this issue, the character was based on a previous version of Marvel Boy that first appeared in Marvel Boy # 1 (December 1950). The character was renamed Quasar in Amazing Hulk # 234 (April 1979). This version of Quasar was created by Roy Thomas, John Buscema, and Don glut. While Thomas and Buscema are well known to Marvel fans, Glut is best known for writing the novelization of The Empire Strikes Back. Glut had been a classmate of Georges lucas at USC, and was also an avid amateur filmmaker who made a name for himself with fan films like Spider-Man (1969) and Superman among many, and went on to become a prolific writer for comics and television. Quasar had its own series in 1989, and Quasar # 32 (1992) is Korath’s first appearance and also has some rather unusual variations. There is a Quasar # 32 Printing error (Marvel, 1992) CGC NM / MT 9.8 blank pages in this week 2021 September 26-27 Sunday and Monday Selected comic book sales # 122139 heritage auctions.

As far as I know from old discussions about this on CCG Boards, this is certainly an unusual variant edition but maybe not a mistake … maybe . It seems that Quasar was a series intended only for the direct market, but Quasar # 32 was part of the Operation Galactic Storm event. Thus, in order to offer newsstand readers all parts of the event, a newsstand version of Quasar # 32 was sold to newsagents like Quasar Special # 1 (although it was not named “Special” on the comic itself) in order to avoid confusing the newsstands as to why they had the number 32 in the series to their disposition. However, as you will notice from the scan here, the cover does not have a UPC code indicating that this is a direct release to the market. The theory here is that Marvel didn’t want to release an # 1 issue just for newsstand sellers, they released a direct market version tagged # 1 as well. So there are three versions of all Quasar parts of Operation Galactic Storm, Quasar # 32-34. That said, CGC called this a printing error.

View the certification for CGC Certification ID 3838422002 and purchase Rater Notes if available.

Did you like it? Thanks for sharing on social media!