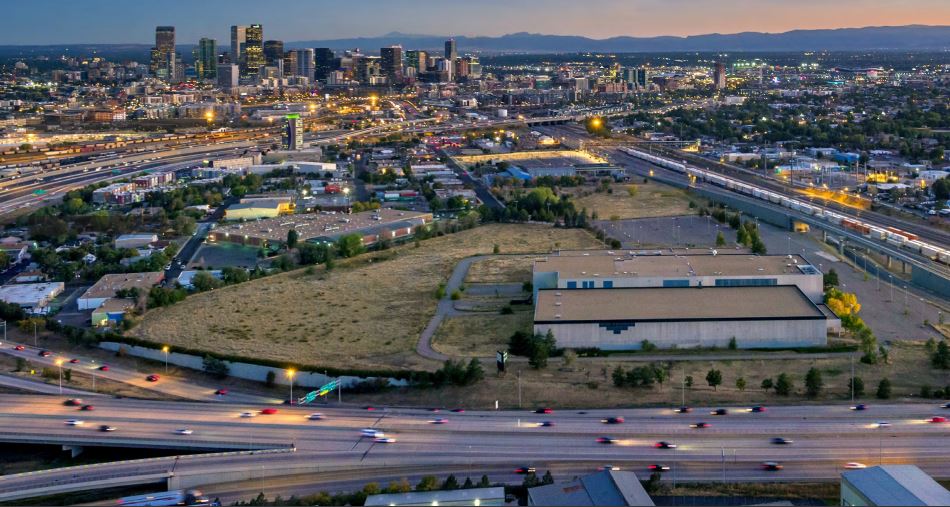 Housing, retail and office space, hotel rooms and tons of underground parking are now closer to arriving in a part of downtown Denver that has been unused for more than a decade.

On Monday, the Denver City Council voted 12 to 1 to officially recognize a small area called Fox Park as “degraded,” making it an urban renewal area. This is an important step in the redevelopment of the site as the new designation allows tax increment funding (more on that in a moment) to be used to develop the land and make it attractive to developers. The site is on the road between 41st and the Fox RTD station in the Globeville neighborhood.

Council member Candi CdeBaca, whose district includes the site, voted no, saying the tax-raised funding does not create enough protections for surrounding communities in the area.

The redevelopment plan was proposed by the Denver Urban Renewal Authority, better known as DURA, which is responsible for identifying areas of the city that are deteriorating, underutilized or vacant and working with private developers to determine how to redevelop these sites.

The 41-acre parcel is home to the former Denver Post printing press. The area is bordered by I-70 to the north, 45th Avenue to the east, Fox Street to the south, and rail yards to the west. The site sat vacant for 12 years, according to city documents.

The project will use tax increment financing, which uses sales and property taxes generated from completed projects on the site (such as an apartment complex or hotel) to reimburse the developer who builds the infrastructure. It’s a way for a project to essentially make a profit, and it works as an incentive to help attract developers, Huggins explained.

“The site in its current state, although it generates a certain amount of property tax, it’s not a lot,” Huggins said. “No sales tax is generated. But as this vertical development occurs, it will generate new or incremental property tax sales which, again, DURA will be able to capture over 25 years, and will use these amounts to help cover the costs of the infrastructure needs that this site requires.

Manuel Jiménez of Pure Development, the company developing the site for future development, did not immediately return a request for comment on Monday.

Redevelopment projects for this site have been underway for several years.

The area was successfully rezoned in 2018 to allow buildings up to 12 stories. The current site vision includes over 3,300 apartments, 1.9 million square feet of office space and over 5,500 underground parking spaces. The developer has agreed to require 7% of new apartments to be subject to income restrictions for 99 years. These units would only be available to people earning up to 80% of the region’s median income or less, or up to $55,950 per year or less for an individual.

Plans call for a children’s park, a dog park, a daycare center and community and cultural centers. Everything would be built in phases over the next eight to ten years, starting in 2023.

The developer is signing an agreement with neighborhood groups, including Globeville First and the Globeville Elyria Swansea Coalition, which outlines some of the ways the development will benefit people who live in the area. This includes creating an Affordable Homeownership Housing Fund in partnership with Habitat for Humanity and providing $12,000 a year in grants to support programs for neighborhood youth.

It was a fairly small area, however; for a more apples-to-apples comparison, one would have to go back to August 2019, when lawmakers deemed part of the East Colfax corridor was destroyed, affecting several homes and businesses along the strip.