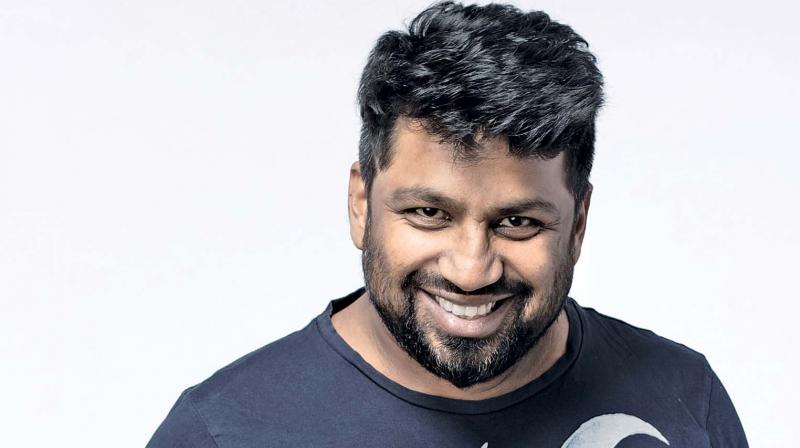 Coming from a family of painters, Vinci Raj was named after the famous artist Leonardo da Vinci. Beginning his career by painting alongside his father and uncle, Vinci always wanted to be an artist from childhood. He says, “Basically I’m a painter; I switched to advertising designs due to the changing digital age. I worked with all the major advertising companies and quit because I wanted to make a film.

Vinci Raj, poster designer for the movie “Darbar”, shares his return to the film industry after encountering a car accident that resulted in short-term memory loss.

Vinci was honored for his “Talk them Dead” ad campaign at Cannes 2010 and “The Good Road” at Spike Asia 2014. Unfortunately, after that, Vinci had an accident and suffered short-term memory loss.

“I was unemployed,” he recalls. “I completely lost my memory of the design process; I had to depend on the tutorials for everything. As my left eye was injured, I was also not able to read anything until now ”.

“With the support of my family, I have managed to bounce back and working with director Ranjith in films like Kabali and Kaala has been a boost to my career,” he adds.

Speaking of her favorite movie poster, Vinci explains, “Attakathi’s posters will be my all-time favorite. As it was my film debut, I have a huge love for this film.

“The stars definitely make the difference when it comes to posters. The percentage of the size of their image depends on their celebrity, whatever the idea, ”he explains of the influence of stars in his posters. “The posters are the face of the film; it draws people to theaters. It’s a marketing strategy and it’s really healthy for the film industry.

“My job is to bring people to the movies and the film will do the rest. And I don’t like to deceive the public; I always create posters based on the story, ”he explains.

Speaking of the process, Vinci says, “Do it with your heart, everything will fall on your table. “

Sharing a tip with the youngsters, Vinci adds, “Try scribbling on the paper first, then work with the software. Designing posters is all about creativity; first put your ideas in place.

Asked about the experience with superstar Rajinikanth in Darbar, Vinci said, “I directed the filming of the poster with him, I wanted the Mooondru Mugam Rajinikanth to return because he plays a cop in the movie. The sunglasses, police uniform, firearms and the warning label on the poster depict a dangerous approach. “

“Working with me, Thalaivar was polite and humble as always,” he concludes.