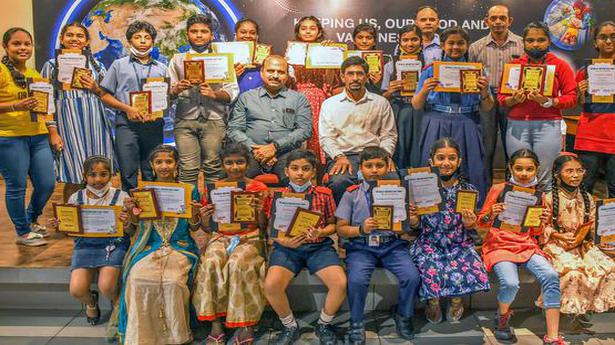 In the junior speech category, the first three prizes were won by Avanish Yashuday from De Paul, Kankshitha and Manaswi, both from Sri Satya Sai School, MVP Colony.

AMNS Director of Human Resources and Administration DS Varma said the company has always strived to improve the environment and reduce pollution by planting trees. â€œOur factory is installed on 110 acres of land including 47 acres for green cover,â€ he said.

The topic of the speech contest was: “Ozone for Life: 36 Years of Protecting the Ozone Layer.” The theme of the poster design competition was â€œEarth 2040â€.

Prizes and certificates were presented by Mr. Ravindranath and Mr. Varma. Later, an exhibition of the award-winning posters was presented at the Visakha Public Library, where the program took place.

Earth Day: Children show off their skills in elocution and poster design contests in…