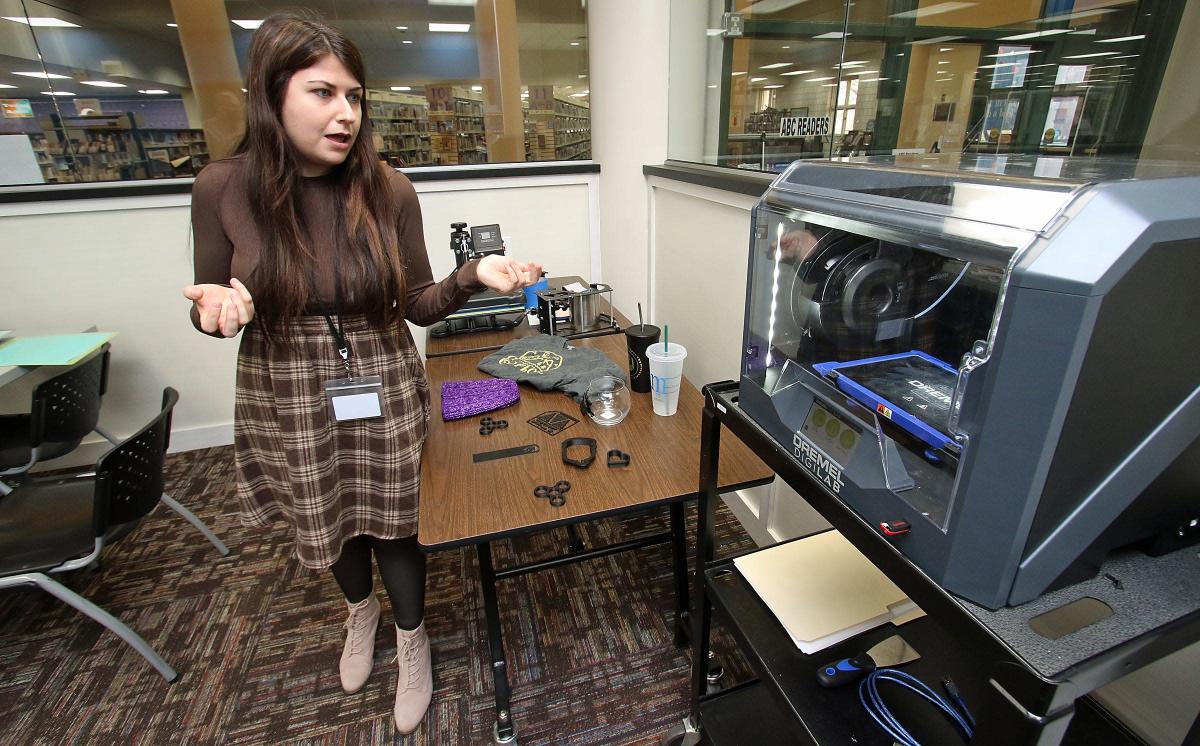 On Monday, the library celebrated the opening of a new creative room where patrons can design, design and create various projects using materials provided by the library.

Located where the circulation area of ​​the library used to be, the makerspace is equipped with a 3D printer, vinyl cutter, poster maker, sewing machine and a hot press. According to Sarah Edmonds, adult services manager for the library, the new space will help the library better serve the community.

The makerspace took about three months to build and cost $11,500, paid for with grants from the Blanton Foundation and Friend of the Library.

Wright Adams, director of the library, said makerspaces have become commonplace in libraries across the country, and he’s excited to see how the space will be used.

“Since I’ve been here, we’ve had questions about creating a creative space, about possibly having something creative to use,” he said. “It’s great value. It gives people the ability to use tools they might not have access to, like the 3D printer or the t-shirt press.

Most makerspace tools are free. Adams said some 3D printed projects can have a cost depending on the amount of material needed, though it should still be inexpensive to use.

Rename: Library named in honor of one of its most devoted patrons

Brittany Jones, head of youth services at the library, said the makerspace has already proven to be a hit with families. The library recently held a card-making event for Valentine’s Day using the makerspace.

“Parents love it. Parents appreciate having spaces for (kids) to work on things while they look for books. They seem to be getting it pretty well,” she said “We like to keep it creative. So very minimal structure, and they can make their own creations. That way we don’t limit what they can do.”

Other programs are already planned in the makerspace, including those of an existing knitting group and a four-week program for teens and young adults interested in entrepreneurship.

Adams said the makerspace will primarily be used for library programming, including options for youth and adult groups. The opening hours of the creation space, where anyone can come and use the tools provided, will begin at the end of March. Times will vary depending on the day of the week and the programs that will be using the makerspace.