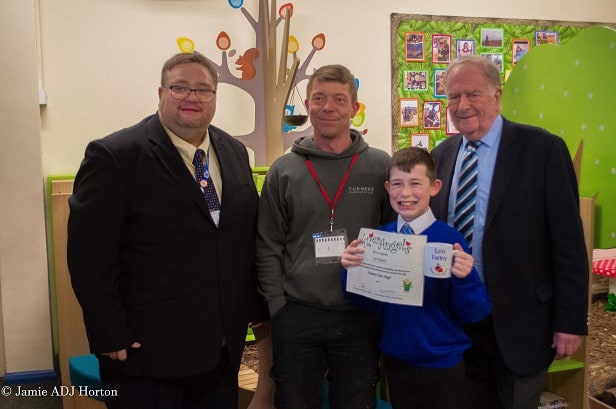 A 5th grade pupil at Salmestone Primary School in Margate has been named a ‘litter angel’ after his design won a campaign poster competition.

Leo Farley has been named the winner of the competition launched by MPs Sir Roger Gale and Crag Mackinlay for students of Kent.

Sir Roger visited Salmestone on Friday 28 February to present Leo with his certificate and a special mug.

He told the class that the competition was kicked off after a huge mountain of trash was left on Margate Main Sands last summer.

He said: “A lot of people came down to Margate, it was a beautiful sunny day and they left all their trash along the beach. It was absolutely scary, people were taking pictures of it and it made the national newspapers – not the kind of publicity we want. 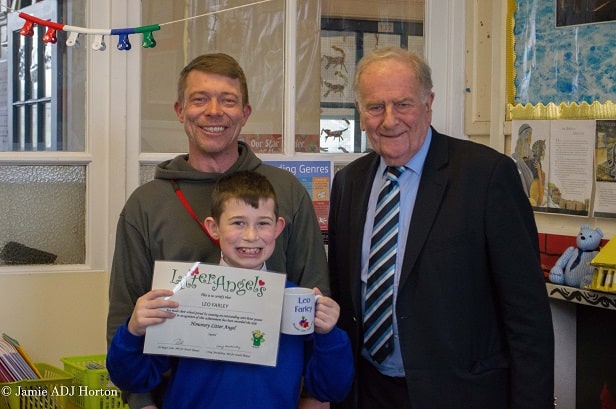 “If you drive along the Thanet Way you can see people rolling down their windows and throwing cans and plastic bottles and things, then someone else has to come and pick it up.”

The competition was for posters to be used in schools to encourage people to keep their surroundings clean. Leo’s winning design, which Sir Roger called “excellent”, will also be used by McDonald’s.

Leo received a certificate signed by Sir Roger and Mr. Mackinlay, designating him as a litter angel.

The certificate read: “Leo Farley made his school proud by creating an outstanding litter poster, and in recognition of this achievement he was awarded the title of Honorary Litter Angel.”