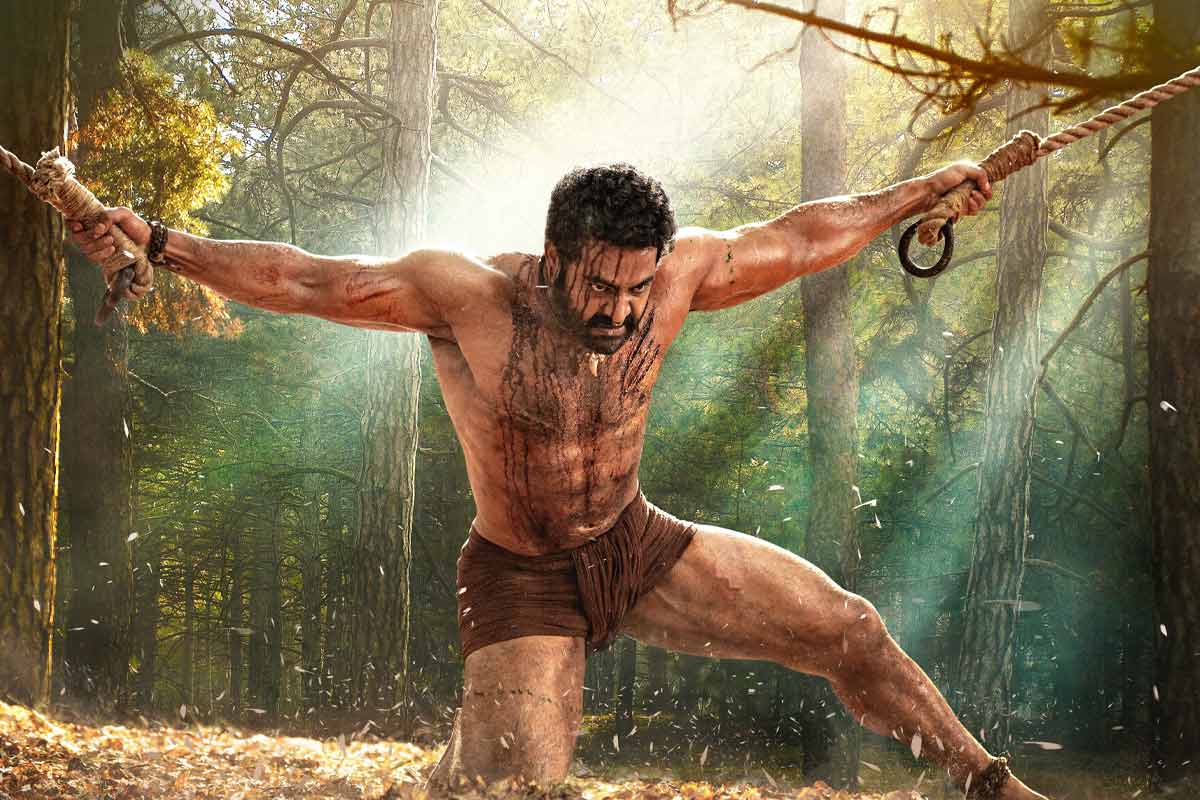 With Tollywood lead actors Ram Charan and Jr NTR in key roles, the action drama is gearing up for release soon.

The creators of the magnum opus “RRR” teased fans with a brand new poster featuring Jr NTR, who plays “Komaram Bheem” â€‹â€‹in the pan-Indian film. Telugu director SS Rajamouli’s upcoming film, â€œRRRâ€, is one of the most anticipated Pan-Indian films. With Tollywood lead actors Ram Charan and Jr NTR in key roles, the action drama is gearing up for release soon.

Giving a glimpse of what to expect from the film actor, the directors released the poster featuring Jr NTR in a fierce avatar. His hands are tied to a tree and he is seen covered in blood, showing off his well-built abs. The title logo as a backdrop also features Ram Charan. Hours later, the creators also released a poster of Ram Charan as Alluri Sitarama Raju.

â€œRRRâ€ is a fictional story about two Indian revolutionaries, Alluri Sitarama Raju and Komaram Bheem, who fought against the British Raj and Nizam of Hyderabad. Ram Charan and Jr NTR will play Alluri and Komaram Bheem while Ajay Devgn will appear as their guru. Alia Bhatt is paired with Ram Charan, while British actress Olivia Morris plays Jr NTR’s love interest. Shriya Saran must also play an important role.

MM Keeravani composed the music for ‘RRR’, while all songs released by the team have become chartbusters, the real surprise would be the theatrical trailer which will be released on December 9th.

Jayantilal Gada (PEN) acquired the theatrical distribution rights for the film in northern India and also purchased the global electronic rights for all languages. Pen Marudhar will distribute the film in the north.

The Telugu-language period action drama achieved Pan-Indian status and is produced by DVV Danayya of DVV Entertainments. ‘RRR’ will be released on January 7, 2022.

The 12 most valuable movie posters