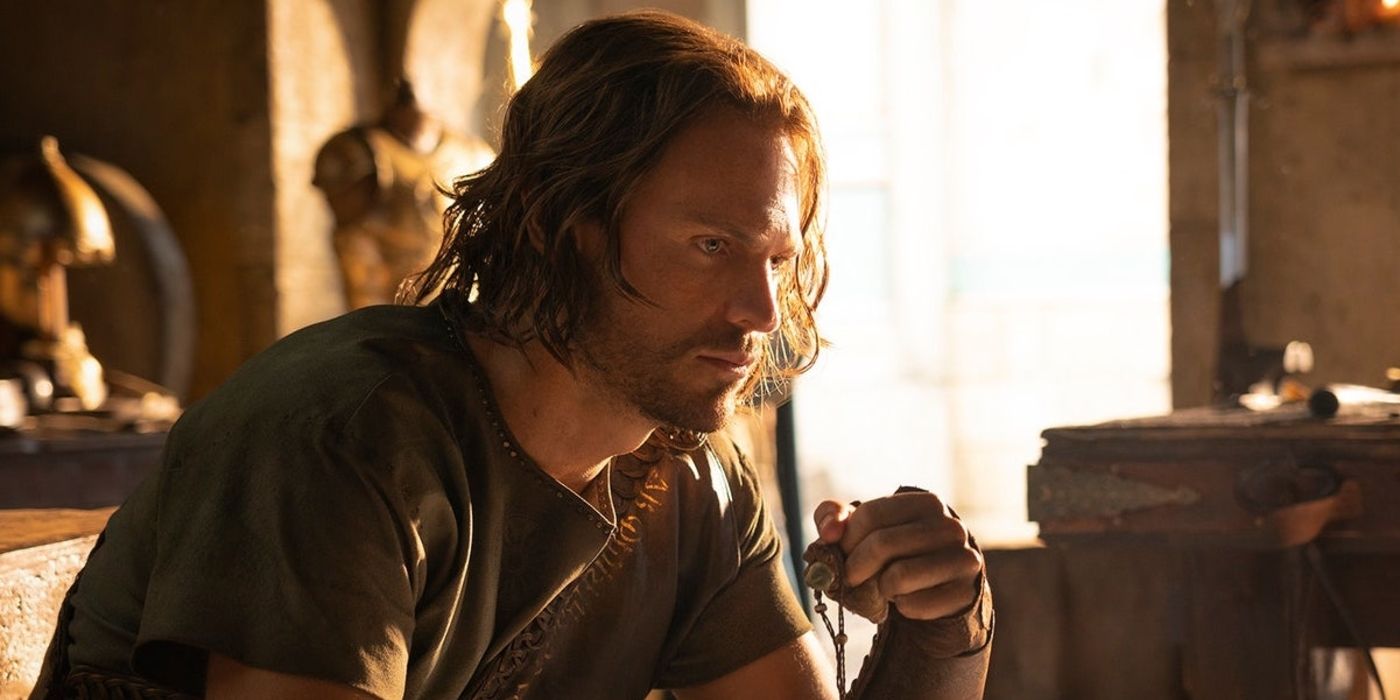 Rings of Power Posters and Character Names for the New Cast

The hands are back. Yes, you know which ones. Since Prime Video decided to tease the characters of The Lord of the Rings: The Rings of Power with posters that only show their hands, we return to these images each time the cast expands in order to search for hidden information. So, with the announcement of who the new series regulars will be playing, it’s time again to speculate on how they might influence the events of Season 1, which kicks off in three months. The series will center on the creation of the small, circular artifacts that ultimately made Sauron Middle-earth’s greatest villain. It will contain (much) younger versions of Galadriel (Morfydd Clark) and Elrond (Robert Aramayo).

One of the new cast members who is closely associated with the series title is Charles Edwards (The crown). The actor is set to play Celebrimbor, an elf whose skills are inadvertently used to create the title rings of power – which later become a source of mayhem and destruction. The canon character is already familiar to players: he was introduced in Middle-earth: Shadow of Mordor and Middle-earth: Shadow of War. In an interview with Empireseries showrunner JD Payne revealed how important the character is to the prequel series.

“[O]One of the central figures in the story is the character Celebrimbor. He is an Elven smith who was manipulated to help create the Rings of Power. We’re excited to bring him to Middle-earth. He is very mysterious.”

RELATED: ‘The Lord of the Rings: The Rings of Power’ Showrunners Tease Five Season Arc

The characters of other new cast members reveal that the Harfoot family is getting bigger and bigger. In history, the Harfoots are the forerunners of the Hobbits – the small, gentle creatures we have come to know and admire in The Lord of the Rings and The Hobbit trilogy. Dylan Smith (Maze Runner: The Death Cure) and Sara Zwangobani (The starting woman) play Largo and Marigold Brandyfoot, and Megan Richards (spirit of adventure) plays Poppy Proudfellow. They join Mr. Lenny Henrywho was announced earlier this week as one of the Harfoots, a character named Sadoc Burrows.

Highly anticipated, The Lord of the Rings: The Rings of Power is set to become a production milestone: Season 1 will be the most expensive season ever produced on television, with a budget of nearly half a billion dollars. The whole thing will be led by showrunners JD Payne and patrick mckay, which teased a five-season arc was planned, with the events of Season 1 only paying off several years later. Director J.A. Bayona (Jurassic World: Fallen Kingdom), directs the first two episodes of the season and sets the tone for the entire series – which has already started production on season 2.

Prime Video premieres The Lord of the Rings: The Rings of Power September 2nd. Check out the new character posters below.