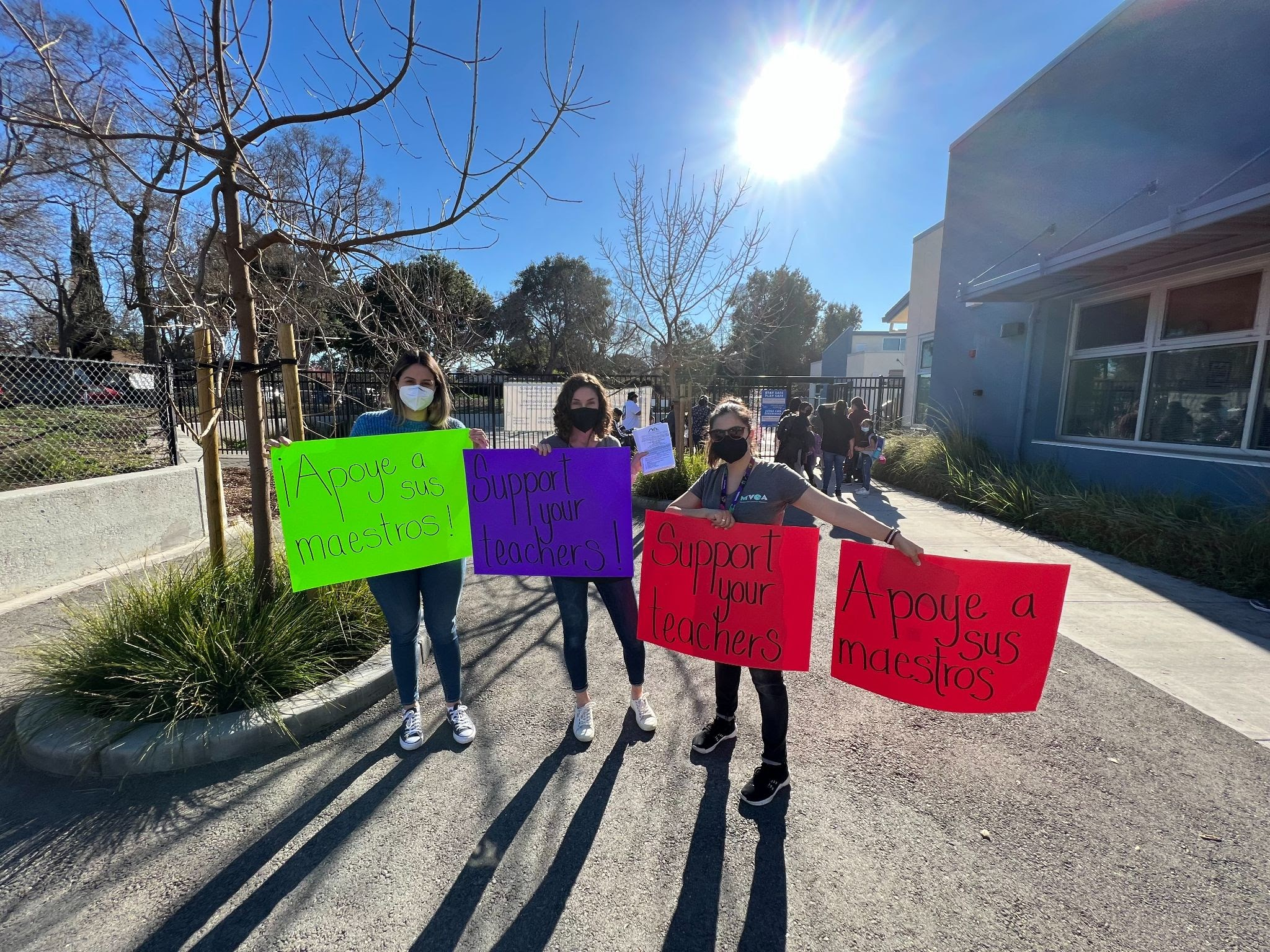 An outside mediator is being called in to facilitate contract negotiations between the Mountain View Whisman School District and its teachers’ union after talks hit a wall last month.

The union declared a stalemate after a January 18 bargaining session, saying the district was unwilling to budge on reducing class sizes or setting set work hours. The district made proposals focusing instead on increasing teachers’ salaries, which the union rejected.

“They haven’t made any moves toward improvement either (class sizes or schedules),” union president Sean Dechter said in an interview. “They were only interested in compensation.”

The union says teachers face unsustainable workloads that the district has been unwilling to handle.

The school district, for its part, claims that class sizes are comparable to other neighboring districts and that the teachers’ suggested proposal for their work hours would create a shorter day than other districts in the county, both claims which the union disputes.

Instead, the district offered teachers a 12% raise over three years, with the stipulation that the contract would be locked in until 2024. Teachers would receive a 5% raise this year, plus a one-time bonus of 3 %, a 4% increase next year and a 3% increase for the 2023-2024 school year.

“We share the same interests as them, in terms of making sure that our teachers are fairly compensated and that we do everything in our power to retain staff, which is why we have a very generous offer of three years on the table,” Superintendent Ayinde Rudolph said in an interview.

Signing a three-year contract is standard practice at Mountain View Whisman, but generally portions of the contract, including salary, remain open to annual negotiation. Under this proposal, the only changes that would be made are those that are legally required, such as implementing new rules for furloughs, Rudolph said.

He argued that the deal would give teachers substantial pay increases, while providing stability and certainty for teachers and the school district. He also said that annual negotiations take time.

“It makes sense to stop focusing on negotiations for a whole year,” Rudolph said. “Let’s focus our attention on what is important, which is the needs of our students.”

Teachers have objected to the idea of ​​locking themselves into a multi-year deal with no room for changes, especially one that doesn’t address their concerns about working conditions. Dechter said he had never seen this type of locked contract before in the district. Current economic uncertainties make a fixed-term contract even more problematic, says the union.

They also point out that the ongoing negotiations are not meant to encompass the entire contract, which only expires on June 30, 2022, but instead focus on this school year. Teachers say proposals for future school years should be negotiated after this year’s agreement is reached.

With the union opposed to a multi-year deal, the district proposed a one-year proposal in which teachers would retroactively get a 4% raise for that school year, as well as increases to some allowances and hourly pay rates. Working hours and class sizes would remain unchanged.

The union responded by demanding a 5% raise this year, plus a one-off 3% bonus, as well as changes to working conditions.

Teachers want their regular working day set at six hours and 55 minutes, with extra pay for overtime, as well as fewer meetings held outside school hours and smaller class sizes.

“We are told to implement new teaching strategies and new classroom practices, but we don’t have enough time to implement them adequately,” said union vice president Michael Newman.

The district said the union’s demands were not financially feasible and suggested teachers reallocate some of the proposed pay increases to smaller classes and extra pay for overtime worked. Dechter responded that teachers shouldn’t have to sacrifice their salaries to reduce class sizes, which he says benefits students as well as staff.

The impasse comes as the district reaches tentative contractual agreements with its non-teaching staff. At a meeting on Thursday, Feb. 10, the school board is due to vote on approving a contract with the union representing classified employees, which includes classroom assistants and other support staff. Under the deal, classified employees would receive a 5% raise this school year, plus a 2% bonus, and then 4% raises in each of the next two school years.

The board is also expected to vote on a similar deal with management and non-union staff, as well as pay increases for high-level district administrators.

The first negotiation between the borough and the teachers’ union, in the presence of the mediator, is scheduled for March 1.