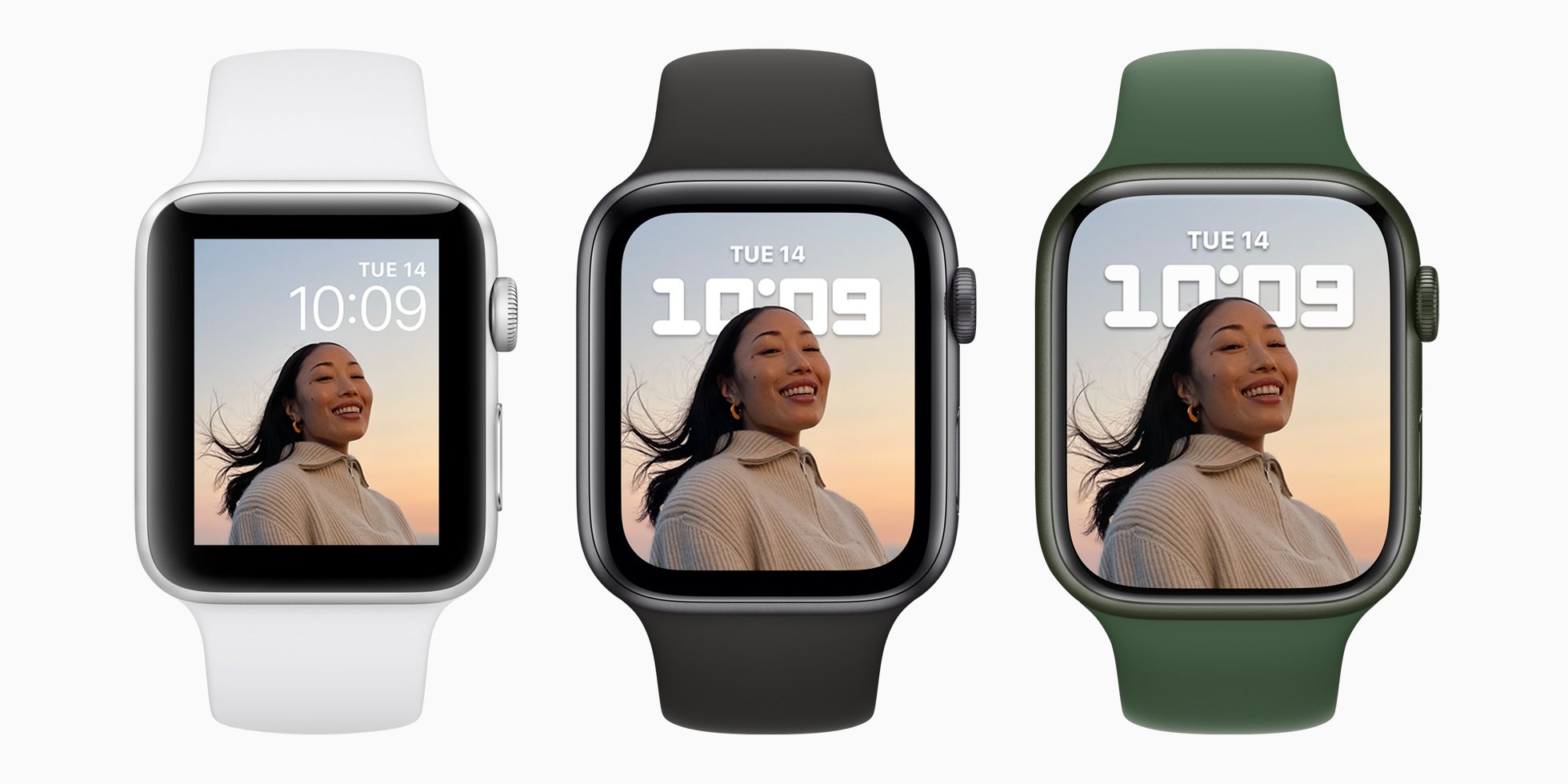 How big is the Apple Watch Series 7? New sizes explained

The Apple Watch Series 7 adds a new design and new cases, making it the largest Apple Watch to date. Here’s a look at its increased size.

The Apple Watch Series 7 is available in two models, like all previous Apple Watches. The difference, however, is that the sizes are larger. The Apple Watch Series 7 is available in 41mm and 45mm cases. In comparison, all Apple Watches since Series 4 measure 40mm and 44mm. While a 1mm increase doesn’t seem like much on paper, it’s enough room for Apple to increase the screen area by 20% over the 6-series. In addition, Apple has reduced the screen area. screen border by 40% and brought the edges of the screen closer together. to the case. As shown in the image above, this all translates into an upgrade that is both noticeable and very minimal. The display bezel is considerably smaller than that of the Series 6 and thus allows for noticeably more screen space. However, Apple managed to add this extra screen without significantly increasing the physical size. If the previous 40mm size was comfortable, the 41mm should fit fine (just like the 45mm case for 44mm fans).

As you might expect, the Apple Watch Series 7’s larger size and screen isn’t just for looks. It’s visually striking, sure, but Apple has also optimized some elements of watchOS 8 to take advantage of the augmented canvas. One area that we see is that of the watch faces. The Apple Watch Series 7 comes with a few exclusive faces not found on other Apple Watch models, including Countour, Modular Duo, and World Time. Contour is a visual treat, bringing the dial to the edge of the screen and bringing it to life throughout the day. Modular Duo is the first watch face to have two grand complications at once, while World Time displays the current time in 24 different time zones.

Another major addition is an onscreen keyboard. The Series 7 is the first Apple Watch with such a feature, allowing users to tap and swipe right on their wrist to reply to text messages, emails, or jot down reminders. The Series 7 display also contributes two new, larger font sizes, in addition to larger buttons and toggles in the user interface.

Again, all of this is only possible on the Apple Watch Series 7 and is not come to older models like the Apple Watch SE or the Series 6. Against this background, it is quite impressive to see how many additional features the Series 7 has compared to its predecessors. It’s roughly the same physical size, it works with all the same watch bands, but its display can do a lot more.

Joe has been actively writing and talking about consumer tech since 2012. His biggest passion is smartphones, but he’s happy to talk to you about anything with a processor. He lives in Kalamazoo, MI with his wife, two cats and a pit bull / boxer mix.