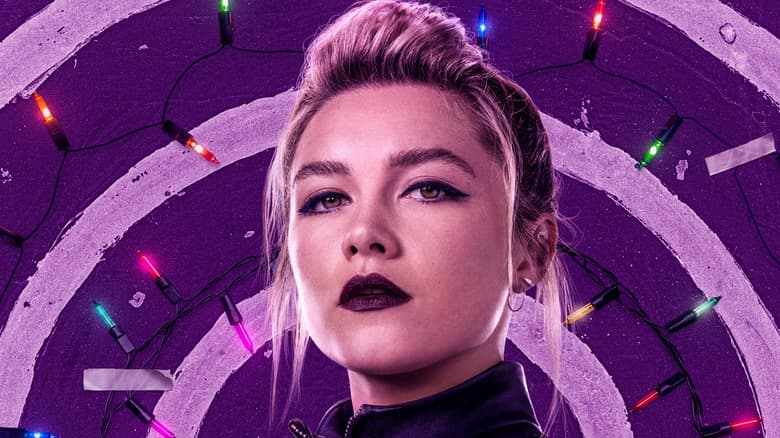 After an intense and brutal fight on the rooftop of Maya Lopez and the peace-loving mac and cheese offer at Kate Bishop’s apartment, Yelena now has her own character poster! It joins previously released posters, including those of Clint Barton, Pizza Dog, the Tracksuit Mafia, and more.

Get into the holiday spirit and check out the three new posters in the gallery below.

Hawkeye is a new original series set in post-blip New York City where former Avenger Clint Barton aka Hawkeye has a seemingly simple mission: to return to his family for Christmas. But when a threat from his past appears, Hawkeye reluctantly teams up with Kate Bishop, a talented 22-year-old archer and his biggest fan, to unravel a criminal plot.