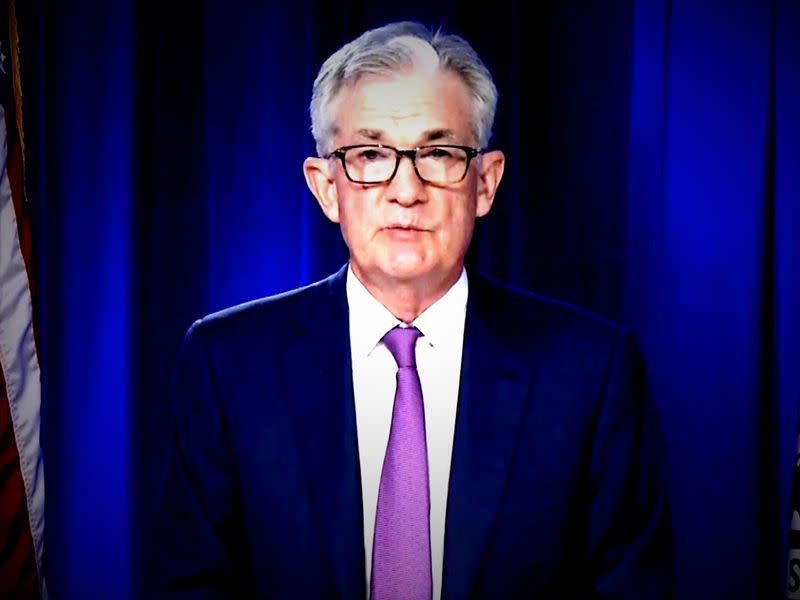 The U.S. Federal Reserve has announced plans to cut its $ 120 billion in monthly bond purchases, taking the first step towards ending a post-coronavirus money printing program that has enticed many investors to buy Bitcoin as an inflation hedge.

As part of this plan, the Fed will continue to cut its purchases by $ 15 billion each month until the program ends in the middle of next year.

“The committee judges that similar reductions in the pace of net asset purchases are likely to be appropriate each month, but it is prepared to adjust the pace of purchases if changes in the economic outlook warrant it,” the Monetary Policy Committee of the Fed, known as The Federal Open Market Committee, or FOMC, said in the statement.

Asset purchases – a form of newly created currency-financed stimulus known as ‘quantitative easing’ or QE – have helped more than double the size of the The Fed’s record since March 2020, to around $ 8.6 trillion last week.

The US central bank has left interest rates unchanged at nearly 0%, but a growing number of traditional market analysts predict that the Fed may have to start raising the benchmark rate to contain inflation at some point where US consumer prices are rising at a clip not seen in a sustained fashion for three decades.

So if the Fed stays the course and looks into inflation, bitcoin might look less and less attractive as a hedge against the dollar’s degradation, and the price of the cryptocurrency could come under downward pressure. similar to the forecast for the stock market.

The price of Bitcoin briefly fell after the statement, but at the time of publication it was essentially unchanged, around $ 62,300. The Fed’s move had been fully telegraphed by officials ahead of the meeting, and therefore may have been anticipated by the market.

“On the one hand, a tightening of monetary policy may lead to slower growth in demand for bitcoin, as many use it to hedge inflation, and less quantitative easing theoretically means less inflation,” said Joe DiPasquale, CEO of cryptocurrency hedge fund BitBull Capital. “On the flip side, the effects of the biggest QE in history may lead to the highest inflation in history, regardless of the Fed’s attempt to cut. If that happens, we would expect that bitcoin demand and prices are reaching new all-time highs. ”

“Intended to be transient”

Fed Chairman Jerome Powell had signaled at a meeting in September that there was “broad support” to start phasing out asset purchases, based on a plan to complete the ‘effort towards the middle of next year, which seems appropriate’.

A growing group of leading investors, including legendary hedge fund manager Paul Tudor Jones II and venture capitalist Peter Thiel, have joined many crypto traders in betting that bitcoin can be effective as a hedge against the ‘inflation. This is mainly due to the limits on new supplies of bitcoin, as hard-coded into the underlying 12-year-old blockchain programming.

JPMorgan analysts recently wrote that more and more investors view cryptocurrency as a hedge against inflation.

But bitcoin has also often been strongly correlated with US stocks, which can come under downward pressure when the Fed tightens monetary policy, as higher borrowing costs often translate into higher funding costs for companies. , potentially becoming a drag on quarterly profits.

In Wednesday’s statement, the FOMC said it noted inflation was “high” but said the factors driving consumer price increases must “be transient”.