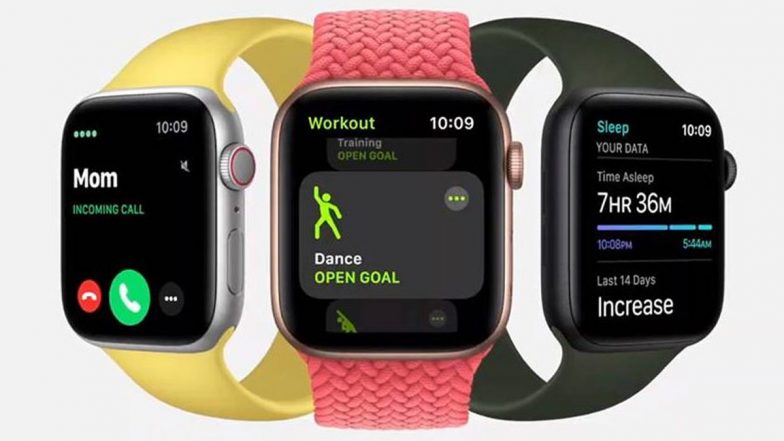 Apple Watch Series 7 expected to be available in 41mm and 45mm sizes: report

According to new information posted on Weibo by a leaker dubbed UnclePan, Apple will offer the Series 7 in sizes 41mm and 45mm. The next Apple Watch is expected to feature smaller bezels and a flat-rimmed design, which would naturally allow for a slightly larger screen area.

The Apple Watch Series 7 is expected to feature a smaller “S7” chip, potentially providing more space for a larger battery or other components. This new chipset will be built from Taiwanese supplier ASE Technology. On its website, ASE Technology has confirmed that its double-sided technology will allow modules to be miniaturized. Based on previous reports, Apple Watch Series 7 models are expected to debut later this year, with Bloomberg’s Mark Gurman saying Apple has tested thinner screen bezels.

The Cupertino-based tech giant is also planning to introduce a new lamination technique that narrows the gap between the screen and the cover glass, due to this the overall watch frame may be slightly thicker. Additionally, Apple was planning to add a body temperature sensor to this year’s Apple Watch, but sources suggest it might not happen until the Apple Watch Series 8 in 2022.

(The above story first appeared on LatestLY on August 25, 2021 at 12:01 p.m. IST. For more information and updates on Politics, World, Sports, Entertainment, and Lifestyle , connect to our website Latestly.com).