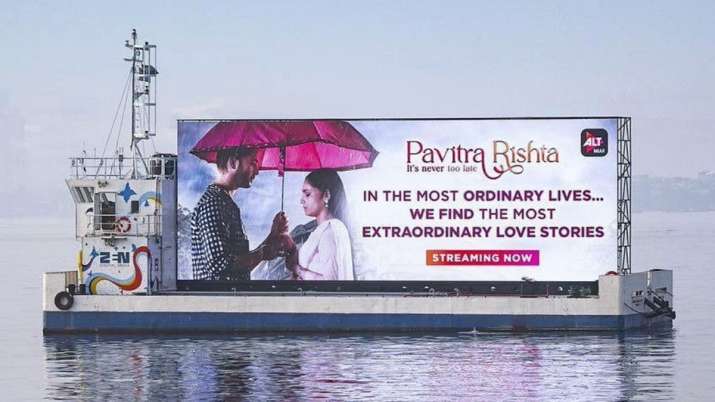 Actress Ankita Lokhande talks about the â€œPavitra Rishtaâ€ web series posters shown all over Mumbai’s coastline as part of their promotional campaign. Producers do this on huge custom-designed water vessels using an LED display. She shares: â€œWe’ve heard of floating breakfasts, but having a floating poster of our last show is amazing. The floating ship travels the entire coast of Mumbai – so everyone from Juhu to Versova to Colaba can to see him.”

Recently, actor Shaheer Sheikh, who is seen as “Manav” in the web series “Pavitra Rishta: It’s never too late”, said he was happy the show was being broadcast on another platform. online form. He was also hoping to gain public support for his character and chemistry again with Ankita Lokhande playing “Archana”. The show tells the love story of couples from middle-class families.

The character of “Manav” was made popular by the late actor Sushant Singh Rajput, when the show was broadcast on a television station in 2009. Shaheer received a good reception from the public for his portrayal of a simple character ” Manav “in the web series.

Shaheer in a statement said, “Get ready for ‘Manav’ and ‘Archana’s love story that will make you melt. I am overwhelmed by the audience response to my character’ Manav ‘and now that the show is airing on ALTBalaji, we are excited. Hope audiences cover the show with love. “

“Pavitra Rishta: It’s Never Too Late” will air on ALTBalaji.

Hawkeye posters reveal the real star of the show: Lucky the Pizza Dog