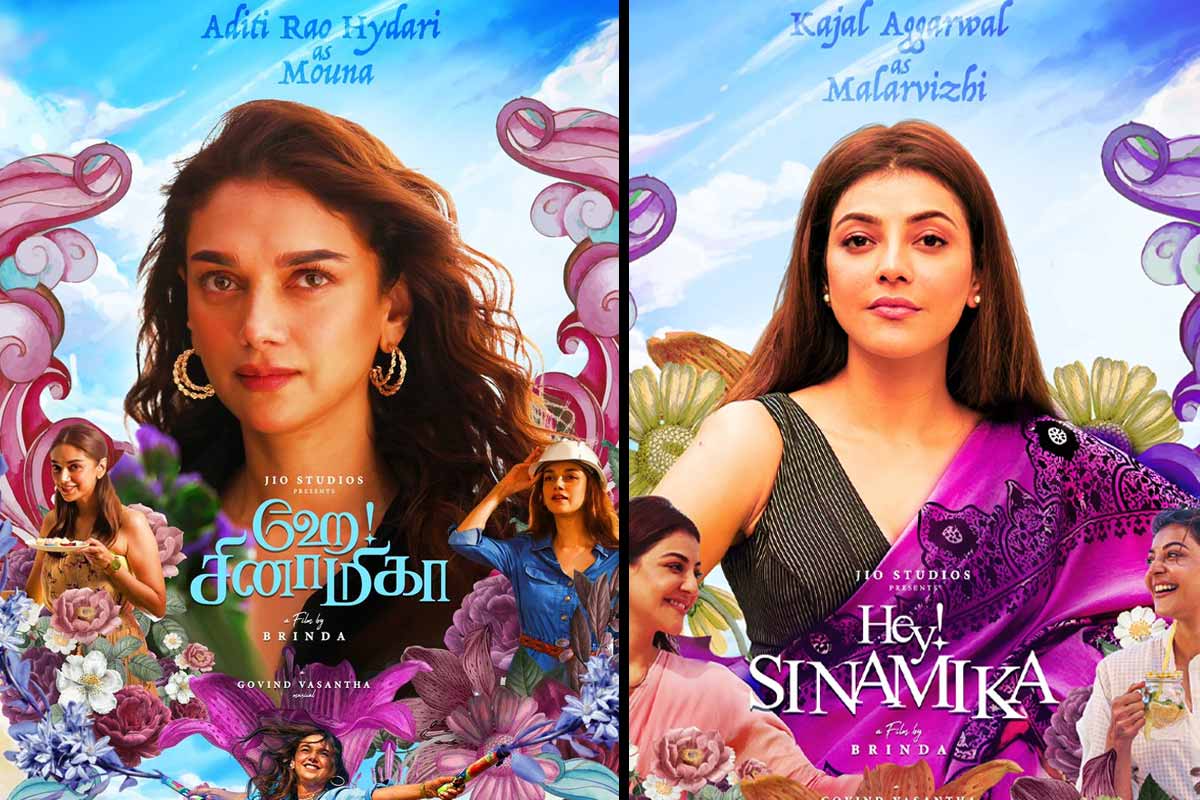 Aditi Rao Hydari and Kajal Aggarwal’s first posters of Hey! Sinamika is out

The film is set to hit the big screens on February 25.

The first posters of actors Aditi Rao Hydari and Kajal Agarwal of the upcoming Tamil romantic drama Hey! Sinamika was unveiled on Thursday, December 23. Aditi will play the role of Mauna in the film, while Kajal Aggarwal will be seen as Malarvizhi. The film is gearing up for a theatrical release on February 25.

Earlier, actor Dulquer Salmaan’s first look poster was unveiled by many celebrities such as Fahadh Faasil and Nazriya, Suriya and Jyotika, Nagarjuna and Amala and Rana Daggubati on December 21. @dulQuerlike Yaazhan in #HiSinamika. Released on the big screen on February 25, 2022. Best wishes to the team. #DQ33FirstLook #DQ33, (sic)” the tweet read.

Led by choreographer Brinda Gopal, who will make her directorial debut with Hey! Sinamika, the title of the film is inspired by the popular romantic number ‘Aye Sinamika’ by the director of Maniratnam Oh Kadal Kanmani. Interestingly, the film featured actor Dulquer Salmaan and Nithya Menen in the lead. The album was tuned by award-winning composer AR Rahman.

The team finished shooting the film last December. Sharing the experience with fans, Aditi Rao Hydari tweeted, “There is a reason why everyone loves Master Brinda so much. Choreographer, director, daughter, sister, friend, wife, mother… and above all the WHOLE heart with superhuman efficiency (she won’t leave you until she’s had her shot!) Thank you for being you and thank you for choosing me. I love you master Brinda. It’s a Wrap! #HeySinamika. (sic)”

Dulquer announced in April this year that he would sing a song in Hey! Sinamika. “I got my Vishu Kani and Kaineettam from someone who I consider to be one of my gurus. My very dear Master Brinda. Happy Vishu everyone! Sang for the first time in Tamizh for our beloved film #HiSinamika !! This is a super cool and fun track! Govind’s epic music, Madan sir’s moving lyrics and master Brinda’s brilliant direction and choreography! Really blessed to have a song like this. I can’t wait for you all to watch the song as well as the movie. This is a movie very very close to my heart (sic),” Dulquer wrote.