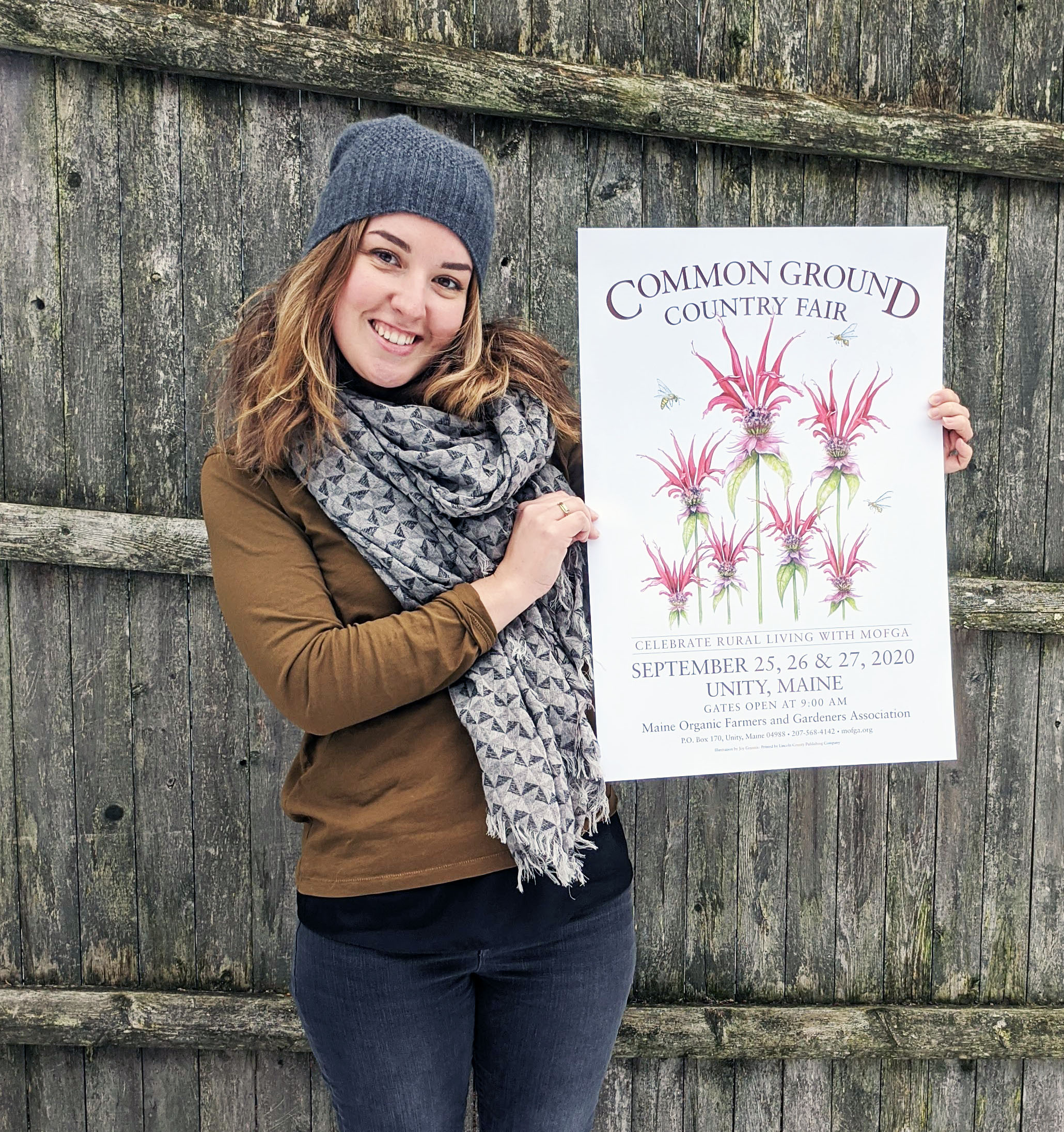 Collecting posters, prints and t-shirts for the Maine Organic Farmers and Gardeners Association’s annual Common Ground Country Fair is a tradition almost as dear as the fair itself. Every year, festival-goers claim memorabilia from the merchandise tent featuring this year’s fun, farm-related design, which is chosen each year in a competition hosted by members of the fair’s steering committee. and the MOFGA Board of Directors.

This year’s design will feature a pollinator and a native flower.

“The whole image really shows up,” said April Boucher, director of the Common Ground Country Fair. “When we unveiled it at [Maine Agricultural] Trades Show, people stood in front of the image and considered it. It’s a very stop-the-traffic type of design.

Grannis said finding out that his design had been chosen was “exciting”.

“I’ve wanted this for a long time,” she said. “I grew up knowing the fair and going to the fair. Winning was so rewarding. I feel so honored.

Grannis grew up on a property on the Washington County coast. She moved to Portland to study art and environmental planning at the University of Southern Maine.

“I knew I wanted to do something with pollinators and native plants,” Grannis said. “It’s such an important part of healthy farms and gardens. I thought it would be an appropriate topic at the moment.

The art features honey bees as “a nod to all of our beekeepers in Maine”.

“They are not native to Maine but are an important pollinator and producer of honey,” Grannis said. “I wanted to emphasize [that] field of agriculture.

Grannis chose Monarda not only because she is from Maine, but also because she is “a useful and striking flower, [and] I thought it would work well on posters and T-shirts. Grannis spent time field-drawing the flower and its pollinators in his East Bayside neighborhood, in his own backyard, his neighbor’s garden, and the nearby Mount Joy orchard. She made the final drawing in watercolor and gouache.

The contest judges consider the designs adherence to MOFGA’s mission and educational opportunities it presents, as well as its overall style and beauty. The competition is limited to artists resident in Maine or members of MOFGA, who occasionally live out of state. This year, the competition received 66 submissions.

“For this round, Joy [Grannis]really got to the top, said Boucher. “Pollinators are always on the list of things we want to support and promote at the fair. It’s also a striking image, so it’s really about being able to get the point across and get people interested. “

Grannis has entered the poster competition for the past three years. Every year she introduced pollinators to some extent. She said her first submission had a swallowtail butterfly against the moon in a blueberry bush. Her previous submission, featuring heirloom Black Oxford apples, apple blossoms and a pollinating bee, was the finalist in the poster competition, beaten by Kevin Martin’s winning design featuring his beloved Dexter heifers.

“It was such a fun process to apply,” said Grannis. “It’s really cool that they’re doing it. Not only do they support Maine’s farming communities, but artists as well. I think this is such a good thing.

The fair sells thousands of posters each year, as well as other accessories featuring the winning design. The winning artist receives a prize of $ 2,500, a MOFGA membership and an article in the MOFGA quarterly publication. About 2,000 volunteers each receive a t-shirt with the design, and the fair has more than 60,000 attendees per year, all of whom could purchase merchandise with Grannis’ design (Boucher said she plans to purchase one. itself, maybe even two).

Grannis is very excited about the signing of the poster at the fair. She said she was already seeing “so many great comments” on social media, but was keen to engage with the fair community herself.

“I’m curious to see how people react to art,” she said. “I want the farming community and the people involved to benefit from it. I really feel like giving back to my community.

The 44th annual Common Ground Country Fair will be held September 25-27, but the 2020 poster is available for purchase now via MOFGA’s online country store.

More articles from the BDN